Heres a pic of Hubert Sumlin and a little story to go with it.  I met Hubert at the airport one time and he was wearing the suit in the photograph but with no shoes just striped socks. I said Hubert where are your shoes? He said, "Ii don't know partner."  Well what had happened was he smoked a joint and decided to clean up his hotel room and he put his shoes in a drawer and forgot about it.  He went to the gig with no shoes.  The hotel sent him his shoes two weeks later.  What a trouper!! 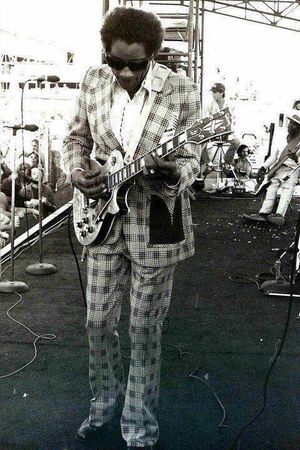